October Volunteer of the year 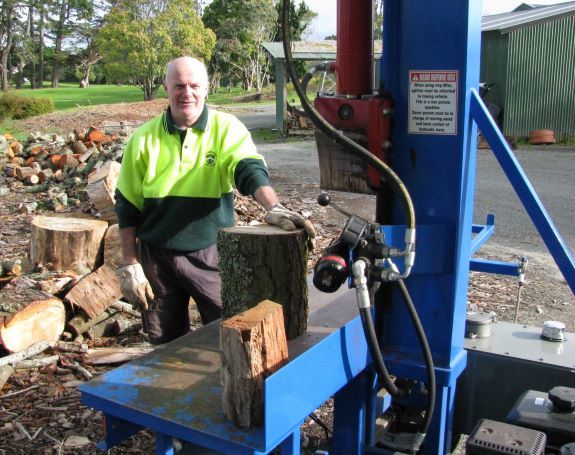 Auckland Golf and partner Winger Motors present the first AGI Volunteer of the month.
Every month, we will profile a volunteer from one of our Auckland clubs whose tireless work helps the club function and run smoothly.
And what a way to start with Maungakiekie Golf Club's Alvin Russell, a very worthy recipient.
OCTOBER VOLUNTEER OF THE MONTH
PROFILE: Alvin Russell
CLUB: Maungakiekie Golf Club
Alvin started volunteering as a young kid, not long before becoming a junior golf member in the early 1970’s. As of now, he spends his time re-collecting and selling golf balls, chain-sawing felled trees, splitting firewood and trapping possums on course in an attempt to preserve and increase bird life.
Alvin then donates 100% of profits sourced from these endeavours back into Maungakiekie Golf Club. So far Alvin has culled 150 possums and has donated a commendable $250,000 back into the club! To date, Alvin generates over $50,000 profit for MGC every year through selling golf balls and preparing firewood alone!
Alvin enjoys being out and about and loves seeing the improvements made within the club, some of which may not have been achievable without the contributions and income sourced by his volunteer efforts. Alvin is proud to be involved in the growth and development of the club and is pleased to have sparked movement from members and green keeping staff assisting in firewood delivery and donating additional golf balls.
The lockdown this year in Auckland has brought an early close to Alvin’s firewood operation but he still intends to go onto the course and look for golf balls to assist the club’s revenue as best he can.
Understandably, Alvin was made a Life Member of MGC in 2019.
As Hugo Littlejohn, GM of Maungakiekie puts it: “MGC owes a lot to Alvin as he has helped the club through a very difficult financial time.”
Congratulations Alvin, as Auckland Golf’s Volunteer of the Month proudly supported by Winger Motors you receive a certificate and a three pack of Winger Motors golf balls (Vollē Golf)… they’re for you… not to sell for fundraising.