Tae Koh takes 2021 NZPGA Championship in a historic final round. 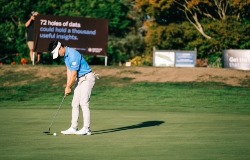 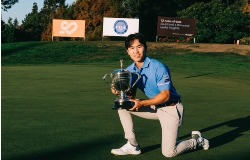 Tae Koh was crowned the NZPGA Champion for 2021 after a record-breaking final round that will not be forgotten by the strong Te Puke and Bay of Plenty crowd that flocked to the Te Puke Golf course to wittiness history at the NZPGA Championship of 2021.

It was a tussle all the way between Josh Geary, Ryan Fox and Tae Koh the entire round and no one was prepared to predict any result as the back nine unfolded. It was all Koh on the front nine who was 5 under for his first nine to be 17 under at the time and Geary and Fox steady on 1 under sharing second into the final nine holes.

From the outset the back nine action began. Geary set the scene with an eagle on the 10th to sneak the lead. Fox made for a big chip in birdie on the 11th hole to along with Koh hold one shot behind Geary. Koh then went back-to-back Birdies for 13th and 14th to move to a one-shot lead. Geary on the 15th then grabbed the lead back and the crowd atmosphere was electric with three holes to play.

The clubhouse was a buzz with excitement as the lead changed back and forth. In the end it is was the persistent Koh who with a birdie, birdie, eagle on the last three holes put his hands on the 100-year-old NZPGA Championship Trophy.

Its Kohs first NZPGA Championship and capped off a brilliant summer for him. “Bit of a blur the entire day to be honest, hit it awesome, probably the best round of my career, super stoked. It's such a prestigious event, I’m just thrilled. “Koh said of his victory. Koh’s Putting was on point in his final round and when put to him if he was going to frame it of keep it in his bag Koh offered “I was actually going to change it up, but I think I'm going to keep it in the bag now. My putter was just rolling amazing. The course was amazing, and I just want to take the chance to thank Te Puke Golf Club and the team for an amazing week.”

Leading female Momoka Kobori had another solid day and finished with 9 under under as the leading female in the field for a share of 11th for the Championship. A great performance by Kobori in her first year as a professional.

The 2021 NZPGA Championship also found its first ever Regional Teams Championship winner. The Regional team’s event was designed to engage golfing communities to come together to celebrate golf, the love of the game and where it started for players. With Ryan Fox and Tae Koh dominating, Auckland took the Rohe trophy in strong fashion. Team Captain Tae Koh was proud to be the first winning captain. “This has been a really nice touch to the tournament for us as players, it’s been awesome for us all to reflect back where it all began as golfers and also those who are or have supported us in the shared love of the game. Really proud to be leading Auckland to win the first one.” Said Koh of the Teams element of the Championship.

General Manger of the PGA NZ Dominic Sainsbury commended the golfing communities around New Zealand for coming together to make this the occasion that it was and highlighted the atmosphere the local Te Puke and Bay of Plenty community brought to the week. “sharing our golfing stories, where it all began for us and just soaking up the performance of professional golf and it being beyond just playing golf, Te Puke locals and the club have shown us what it really means, and we are really proud of how everyone in golf in New Zealand has pulled together to mark this as a real special occasion for PGA and Golf in the country.” Sainsbury said.

It was Tae Koh’s day and the deserved champions mixed with the locals as the sun set on the course and the memories of a perfect week in Te Puke for the 2021 NZPGA Championship will long remain in the spirit of the Te Puke Golf Club.